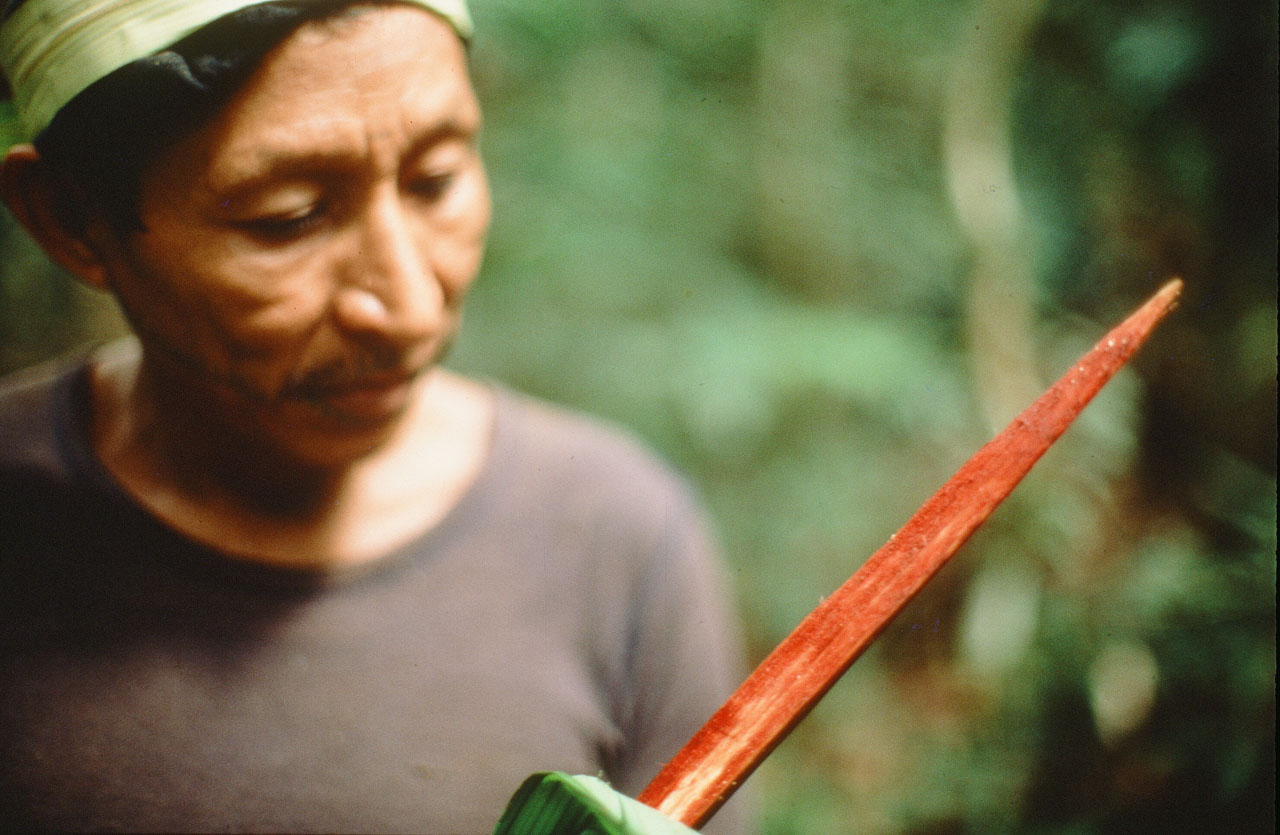 I was hoping Pablo, who by then had become my friend, would arrive soon to help with the hunt. It was at his former village that I’d been introduced to sapo, and I was sure that if there were any dow-kiéts nearby he would be able to find them. Pablo, Moises’ closest friend among the Matsés, was an adept hunter who fiercely resisted acculturation, and we were surprised to have found him at San Juan.

When we unexpectedly met himearlier in the day and asked what had brought him here, he’d explained that three of his wives had fallen in love with sweet bananas, recently introduced on the river. When he refused to plant them—he rarely planted anything but yuccaand tobacco, an ingredient in a snuff called nü-nü, another of their hunting medicines—they burned the village to the ground and abandoned him.

The three wives had since settled at a pueblo where there were bastante plantanos dulce, a lot of sweet bananas, and he had come to San Juan with his remaining wife, Pa Mi Shua, as a temporary measure until he decided where to build a new camp.

It was on my third trip to the Amazon in 1986 when I’d first met Pablo. Moises, my brother-in-law Steve Flores and I had flown over the dense jungle from Iquitos to Angamos, a Peruvian military base at the mouth of the Río Yavarí, in a Cessna seaplane. Not long after we landed on the river, Moises rented a small boat and motor, and that evening bought two 55-gallon drums of gasoline from the military.

In the morning we began the trip from Angamos to Pablo’s camp, Siete de Junioon the Río Gálvez.

The village, several days upriver and much more remote than San Juan, was home to Pablo, his four wives and their 22 children, and his brother Alberto, who had two wives and six children. Each wife had her own hut, so there were several in the pueblo.

When we arrived, Moises and Pablo embraced like old friends, and we were invited to climb the steep and muddy riverbank to the pueblo. There, Pablo’s main wife, Ma Shü, served us a meal of cold roasted meat and yucca. The meat was sinewy and still on the bone—it looked to have come from a monkey, based on the leg I was given. I ate it anyway. Turning down Pablo’s hospitality would have ruined any chance to spend time in the village.

After dinner, Alberto joined us in Ma Shü’s hut and Pablo produced an old brown beer bottle and a hollow reed tube. From the bottle he poured a fine green powder into his hand and worked it into one end of the tube. Alberto put the other end of the tube to his nose and Pablo blew the powder into one of his nostrils.

They repeated the process several times, alternating the nostrils receiving the snuff. Moises explained that the powder was nü-nü, and that Matsés hunters used it to have visions of where to hunt. He said that after the visions they would go to the place they’d seen and wait for the animals in the vision to appear. I told him he was dreaming, but he insisted that was what would happen and pressed Pablo to give me some.

A few minutes later the tube was put to my nose. 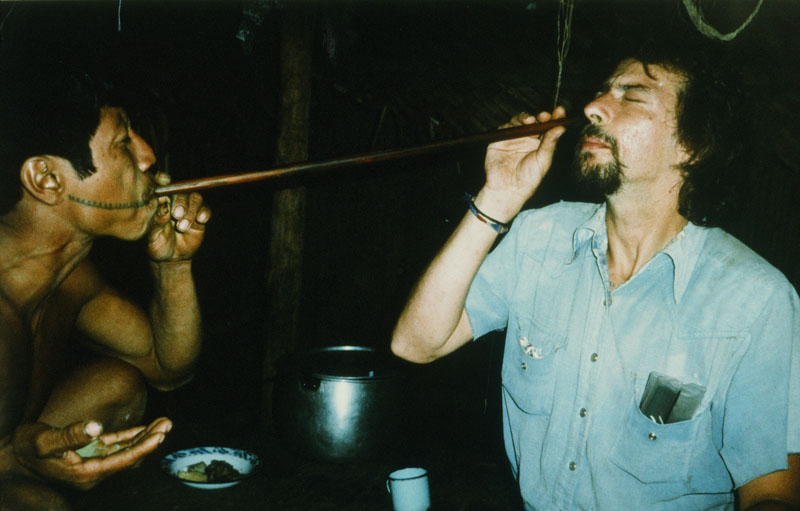 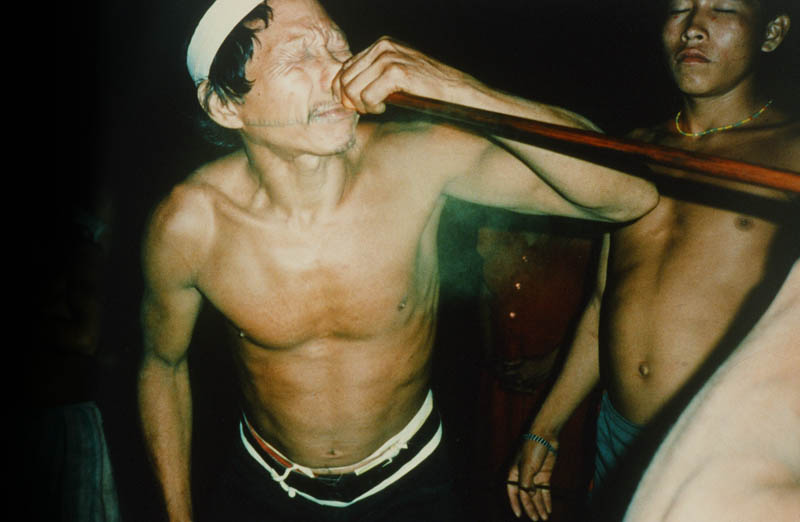